Why Free fire will be banned in Bangladesh 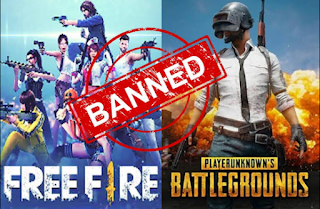 Subrata Roy Maitra, BTRC vice chairman, said that the agency has started the process after receiving the court's order to shut down harmful and dangerous applications and software for three months.

He said that DoT has been asked to take action against PUBG and Free Fire. The telecom regulation is also preparing a list of harmful apps, including Bigo Live, TikTok and Like.

Maitra said that they will ban the apps they can. However, a full ban is not possible due to technical shortcomings as they can be accessed through VPNs. "We will also write to the authorities in charge of these apps to request their removal," he said.

On August 16, a High Court in Bangladesh ordered the immediate removal of 'destructive' as well as harmful games and apps. "Pending hearing of the rule, the respondents are hereby directed to ban/block/remove all links/Internet gateways of PUBG, Free Fire and all other similar online games for a period of 3 (three) months from date," read the HC order.

Notably, The Indian government, last year, banned more than 200 Chinese applications and games including PUBG Mobile, TikTok, Likee UB Browser and WeChat calling the threat to national security. The Indian version of PUBG Mobile was launched in July this year under the name Battlegrounds Mobile India.

There has been a growing noise demanding a ban on Battlegrounds Mobile India and Free Fire, with Arunachal Pradesh MLA Ninong Ering and Additional District Judge Naresh Kumar Laka supporting the prohibition.

In a letter to Prime Minister Narendra Modi, the MLA had said that the new version of the game is an effort to 'sidestep' Indian laws and deceive the government and Indian citizens. Judge Laka also said that long term exposure to such games disturbs children's social behaviour and affects the family. He also urged a law should be framed to prohibit exposure of children to such games.